Fighting The Good Fight Of Faith. Together.

It is hard to watch someone we love die. We thank Susie for having the courage to share her heartache, her faith, and her love—Sister Soldiers In Christ.

For days after his surgery, I sat at his beside, waiting for him to wake up. Instead, he slowly slipped away. On Thanksgiving Day of last year, I sat in a hospital room as I listened to the medical staff explain that my love would never wake up.

My life fell to pieces and I remember thinking, “I’ve been given the worst news ever, and I’m all alone.”   Brian Veals had a vibrant personality, but when I first met him, we instantly clashed. He was an alcoholic, homeless, and liked to party. Sadly, he lost both parents within a couple of years of each other. And, at the lowest point in his life, he began reading his Bible and praying. Soon, he was led to a place called Angelic Ministries.

While at Angelic Ministries, he found Jesus. He also found his sobriety and, in turn, found himself. His parents would have been proud.

I knew Brian for more than five years. He was my fiancé for three of those years, and we planned on getting married. In October, we moved in with my best friend to help her with her husband who was battling cancer. Soon after moving in, Brian and I left for an overnight trip to West Virginia to see her family. Brian collapsed the first night and had to be air-flighted back to a hospital in our hometown.

We didn’t think he was going to survive.

At the hospital, we learned that Brian had cancer and heart issues. He lost his colon and most of his intestines. He spent 21 days in a medically-induced coma and had eight surgeries in all, including multiple surgeries on his colostomy bag and a quadruple bypass on his heart.

He went into surgery the Thursday before Thanksgiving. He did great. But on Friday evening, he had a relapse and had to be rushed in for a second heart surgery.

He did not look good when I finally got to see him, but I still held out hope. As the days passed, he did not respond as the medical team wanted. He never regained consciousness. The medical staff believed that one of his procedures may have caused a blood clot to go to his brain.

Even though I had allowed life situations and circumstances to move me away from God, I recalled the Lord speaking to me clearly during this time. He let me know that Brian was ready to be at peace and that I needed to trust Him. At first, I resisted. Soon, I realized that it wasn’t up to me. His every breath belonged to the Lord.

A neurosurgeon I had never met brought me the news, plainly and ugly, that the love of my life was brain dead. I cried a thousand tears and went to my knees. I begged God to spare Brian’s life. Now, a machine was the only thing keeping him alive. I still held out for my miracle. That Friday, the results were just as grim. On Monday, I found the hospital chapel and laid everything I had out before the Lord. I talked for what seemed like days, and God spoke to my heart.

He convicted me of my past sin and for running from my faith. That day, amidst all the pain and sorrow, I gave my life back to God. The next day, I made the decision to turn off life support for Brian. Even then, I held out hope that he would somehow be okay—that he would come back to me.

My daughter, Amanda, and my mother, Johnnie, sat with me in the hospital. Together, we watched as my love slowly slipped away from this world and into the arms of Christ. Although I will always miss him, I live my life to the best of my ability—to serve the Lord and honor Brian.

I still have so many wonderful memories of my love—watching football together, telling him to “zip it” when he yacked too much, and simply enjoying his company. While I did not get my prayers answered the way I wanted, I did find my way back to the Lord. I also learned that if you trust in Him, even in the midst of the darkest seasons of your life, He will never forsake you.

Now, I thank God for the time I had with Brian and the knowledge that one day, we will meet again. 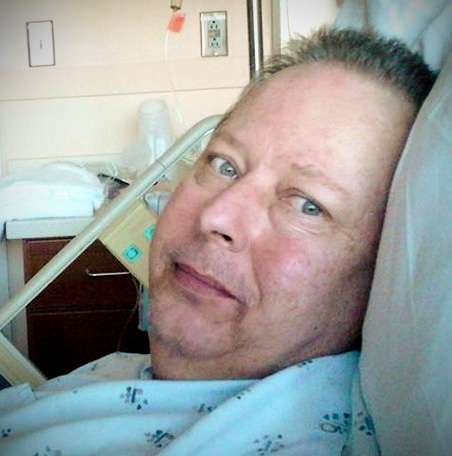 All rights to articles are reserved by author. If you want to republish any content,
Request FREE Permission Here.

Subscribe Here get articles by email Write for Us

Articles to inspire, encourage and equip women fiercely devoted to Jesus Christ—warriors at heart—armed with the Word of God and dangerous to the kingdom of darkness.